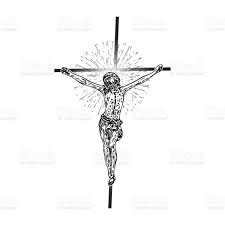 During the Protestant Reformation, Martin Luther articulated a timeless distinction between two approaches to knowing God. He labeled one a “theology of glory,” and applied it to those who believe they can attain a glorious knowledge of God by human reason.

By contrast, Luther argued that the biblical way to know God goes through a “theology of the CROSS.✝✝✝” God has “hidden” Himself where human wisdom would not expect to find HIM, that is, in the lowliness and suffering of the Word made flesh, Jesus Christ, and especially in HIS humiliating death on a Roman cross. As Luther put it, “true theology and recognition of God are in the crucified Christ.”

So rather than finding God by ascending to HIM through our efforts, wisdom, or self-initiated experiences, God has descended tos us in JESUS, whose glory was in the least-expected of places-the cross– and in a way where HE can be found by “Faith Alone”. Such is the way our Lord calls us to follow HIM-in the way of the CROSS.